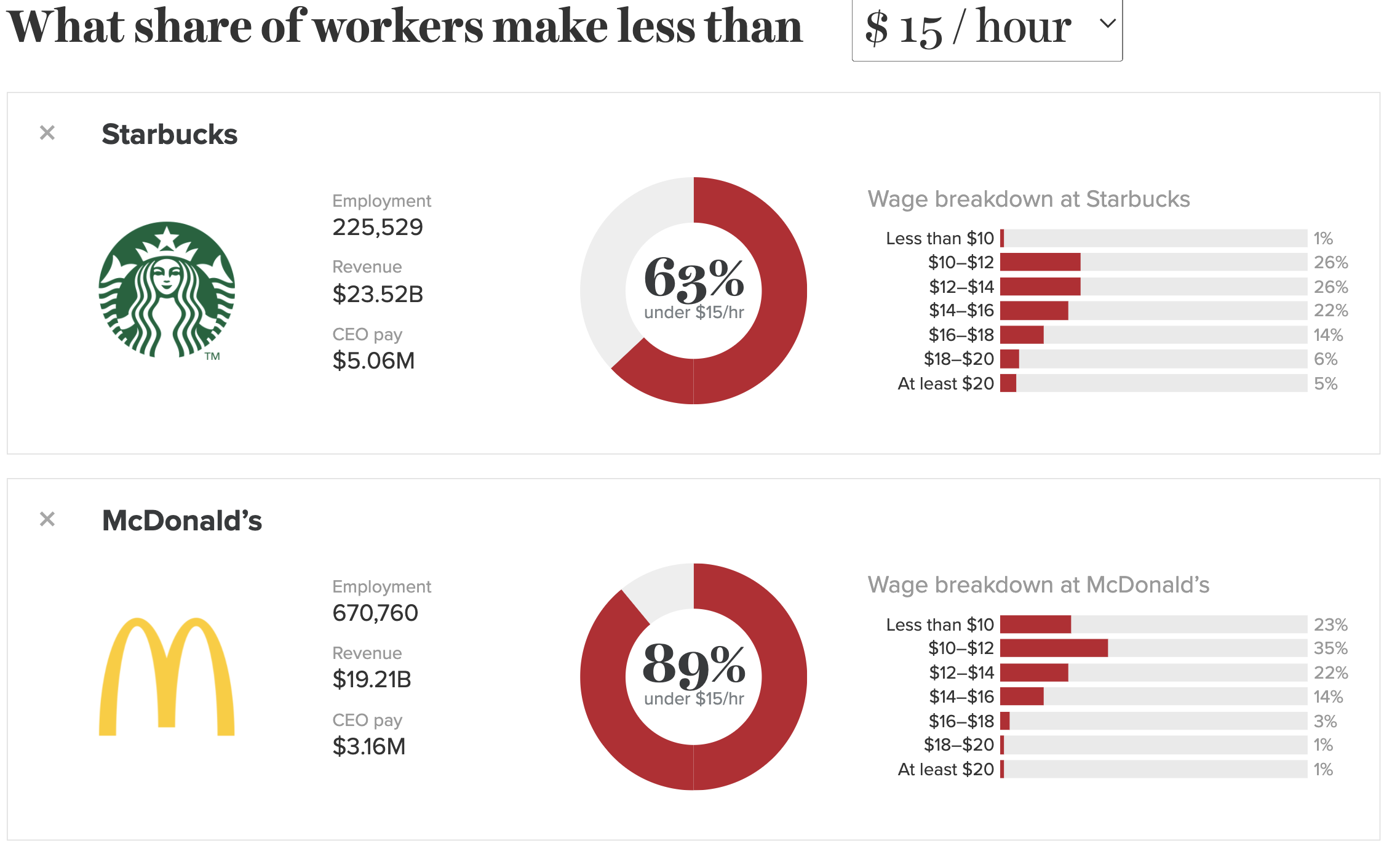 Low wages are widespread in the service-sector – a sector that makes up nearly 20% of the nation’s workforce. While the COVID-19 crisis has focused public and policy attention on the service-sector, workers in retail, food service, big box stores, pharmacy, hardware, delivery, grocery and other subsectors continue to labor under precarious working conditions. Workers struggle with a lack of paid sick leave, unstable and unpredictable work schedules, and low wages.

In this brief, we report wage distributions for hourly workers at 66 large service-sector firms, using unique survey data collected from Facebook and Instagram users between March 2021 and November 2021 by the Shift Project. The Company Wage Tracker provides a visual way to compare company’s wage distributions and corporate financials.

At a high-level, the Company Wage Tracker shows:

Some firms with the highest CEO pay and revenue pay workers the least. At one extreme of these 66 firms, Dollar General’s CEO has the third highest pay, at $58.5 million per year while Dollar General has the highest proportion of workers making below $15 per hour (92%).