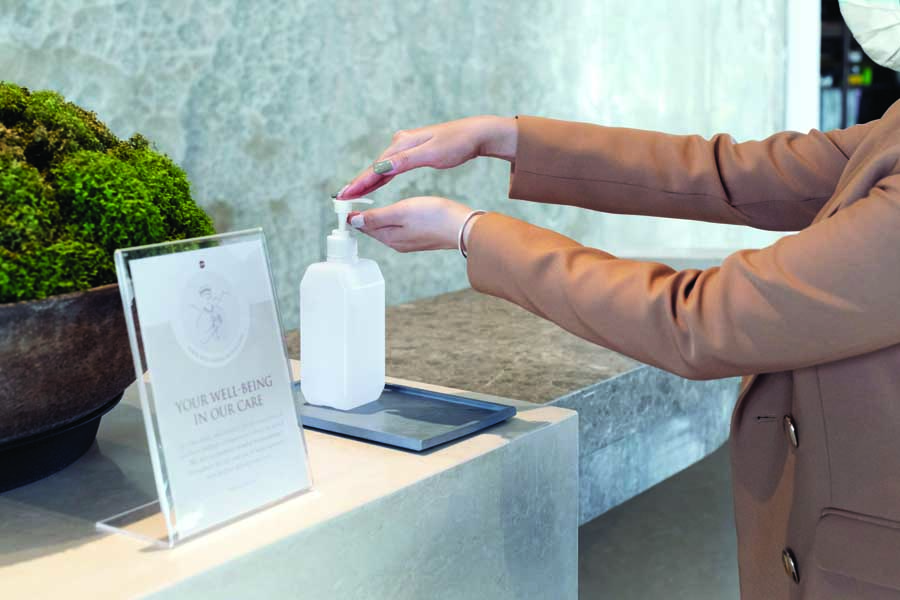 The COVID-19 pandemic has cast a bright light on the difficult working conditions faced by many workers in the service sector.  Workers in retail, food service, delivery and fulfillment positions are now lauded as “essential” and front-line heroes, yet, even in the midst of this praise, and in the midst of a pandemic, these same workers often lack the basic ability to take a paid sick day.

The Federal Families Coronavirus Response Act (FFRCRA) provided paid sick leave (PSL) coverage to millions of private sector workers for the first time. However, this important legislation specifically exempts large firms with more than 500 workers, including those in the service sector, leaving many workers unprotected.

In this brief, we draw on Shift Project data from 733 hourly workers at 103 of the largest service sector employers in Virginia who were surveyed between February of 2018 and May of 2020.

Just one-third of workers in the service sector overall reported access to paid sick leave at work and that share fell to fewer than 10% in casual dining and to 25% in fast food.

Access was also unequal – Black workers, students, and workers with young children were all less likely to have access to paid sick leave.

Sick days are a luxury that few workers without paid sick leave can afford. Eighty percent of workers who lacked paid sick leave had trouble making ends meet, nearly half lacked confidence in their capacity to cope with a $400 shock, and a quarter had experienced hunger hardship.

While access to paid sick leave increased slightly in the early months of the COVID-19 pandemic, access remained low and far from universal.

As shown in Figure 1 (above), paid sick leave has benefits both for workers, who are then able to stay home when sick themselves or to care for ailing household members, as well as for public health.  In the midst of a historic pandemic, paid sick leave allows workers to effectively quarantine when ill and so help to arrest the spread of COVID-19.

This public health function of paid sick leave is especially important for front-line service sector workers who often have substantial customer contact. Yet, in Virginia, just one-third of service sector works at large firms reported that they could receive paid sick days as part of their job.

Access was quite variable across sub-sectors, with better than 90% of workers in hardware and building supply reporting PSL against less than 10% in casual dining, and just 13% in retail apparel and 25% in fast food. 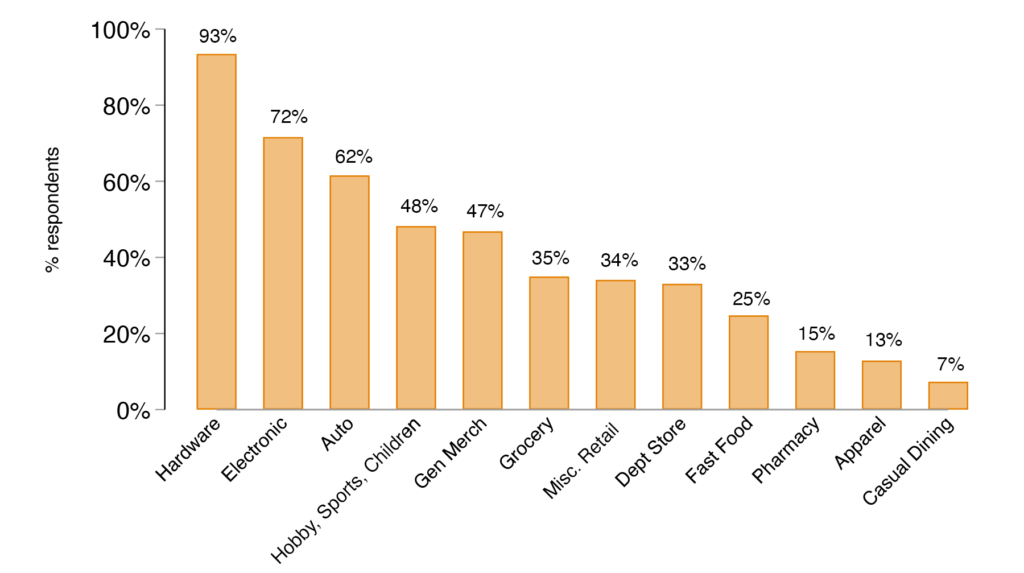 While just a third of Virginia service sector workers at large firms report access to paid sick leave, as shown in Figure 2 (below), some groups of workers have even less access. While there is little evidence of gender inequality in PSL in Virginia, there are pronounced gaps by race/ethnicity with Black, non-Hispanic workers in particular less likely to have access to paid sick leave at 26% versus 36% of white, non-Hispanic workers.

There are similar gaps between workers who were parents of young children under the age of 10, only 29% of whom reported access to PSL, and those without young children, 36% of whom had access.  Students were also less likely to have PSL, at 26%, than non-students (37%). 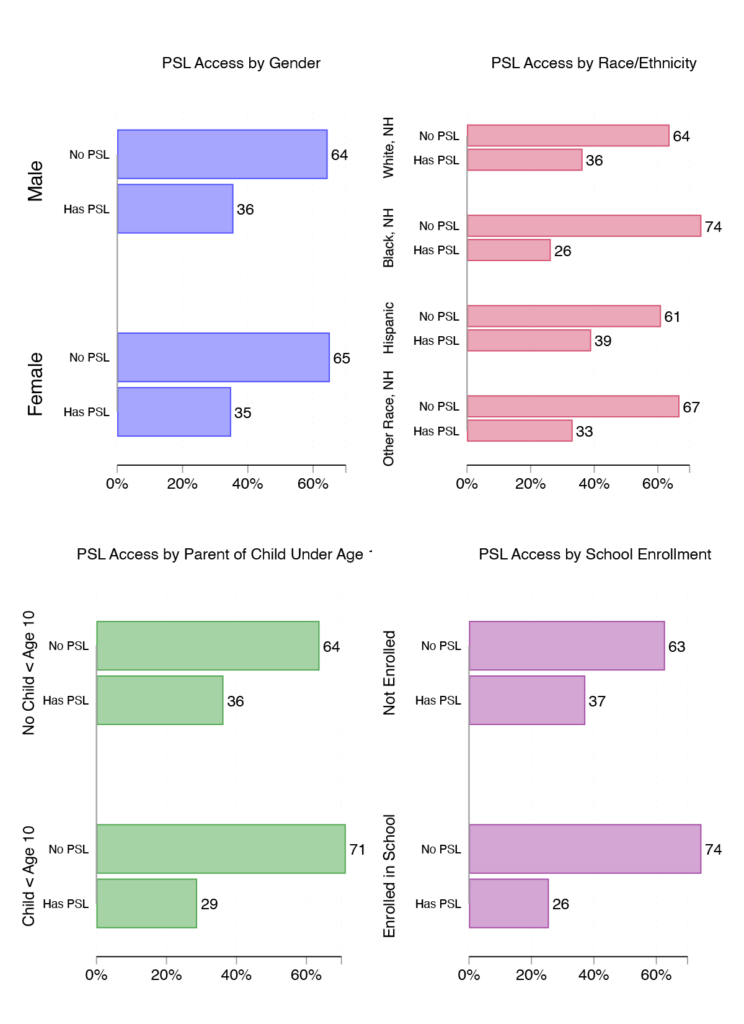 One in four reported experiencing a time in the last year when they went hungry because they couldn’t afford enough to eat. Forty-five percent report that they would not be able to cope with a $400 unexpected expense or income shock. A quarter of workers who lacked PSL reported that it was very difficult to cover expenses and pay bills and another 55% reported that it was somewhat difficult. One in three had not been able to pay the full amount of a utility bill in the last year.  These levels of financial fragility and material hardship belie the notion that workers might be able to afford to stay home while sick without being paid. 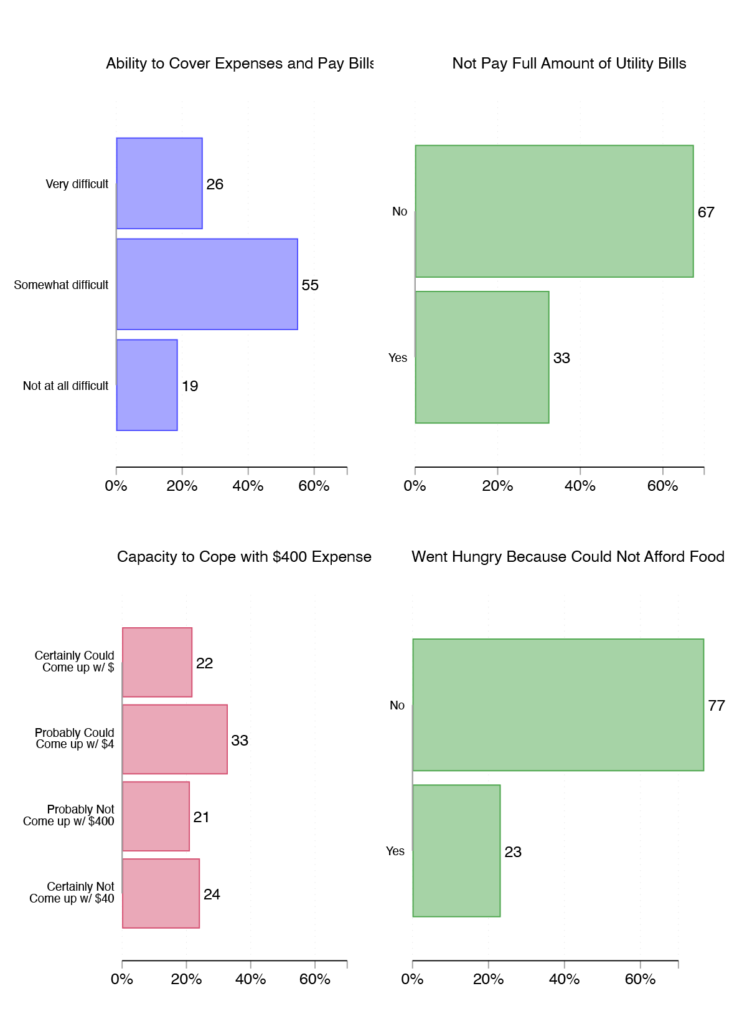 The FFCRA significantly broadened access to paid sick leave for many workers.  Yet, the law exempted workers at both small firms (with fewer than 50 workers) and large firms (with more than 500 workers). At the same time, it appears that some firms voluntarily expanded paid sick leave in light of the COVID-19 pandemic.

For Virginia service-sector workers employed by large firms that were exempt from FFCRA requirements, these voluntary increases did not meaningfully move the needle towards coverage. In the years preceding the COVID-19 pandemic, between 31% and 36% of Virginia workers in our sample reported PSL coverage.  That share increased, but only modestly, to  39% in the Spring of 2020.

Figure 4. Change Over Time (Feb 2018 – May 2020) in Access to PSL Among Virginia Service Sector Workers at Large Firms 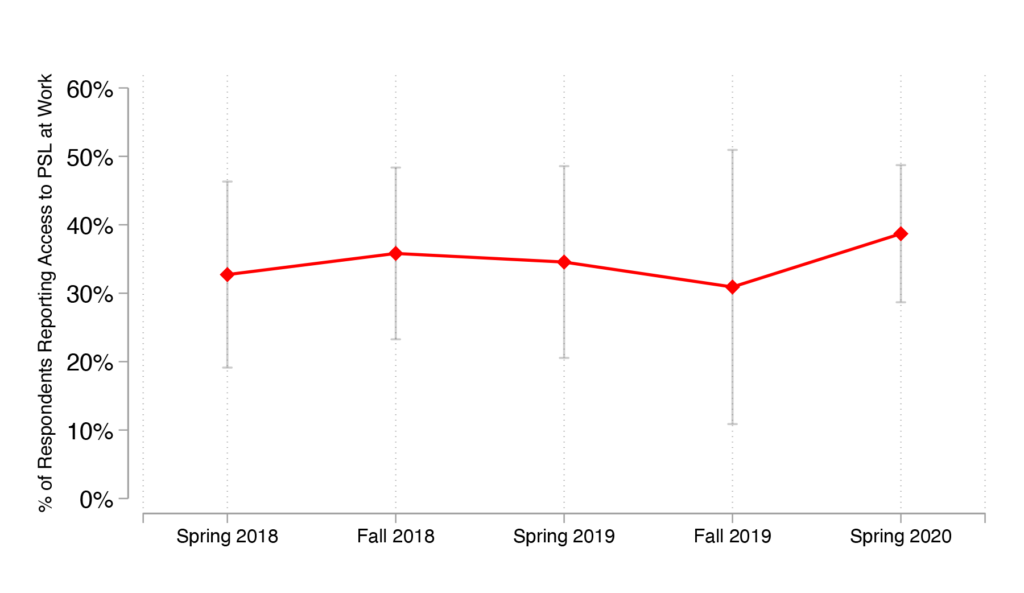 Paid sick leave affords workers what many take for granted – the ability to take paid time off from work to recover from illness or care for sick household members. In the midst of a global pandemic, PSL is not just a convenience, but an important policy to protect public health.

Yet, we find that most service sector workers at large firms in Virginia lack access to PSL, especially Black, non-Hispanic workers, student workers, and working parents of young children.  For these workers, sick days are a luxury that is difficult to afford given the financially fragile position that low wages and unstable hours produce. Even as COVID19 took hold in the spring of 2020, we find little evidence that employers increased PSL access.

The authors gratefully acknowledge the work of Rebecca Wolfe, Connor Williams, and Megan Collins in the preparation of this report.

The Shift Project gratefully acknowledges funding from the Bill & Melinda Gates Foundation, the Robert Wood Johnson Foundation, and the W.T. Grant Foundation. The views expressed here do not necessarily reflect the official views of the sponsors.